The Graph of an Equation

The graph of an equation is the set of all points that are solutions of the equation.

In this section, we use point-plotting method. With this method, you construct a table of values that consists of several solution points of the equation

For example, sketch the graph of

. We can construct the table below by plugging points for

So, we can sketch the graph from those order pairs. 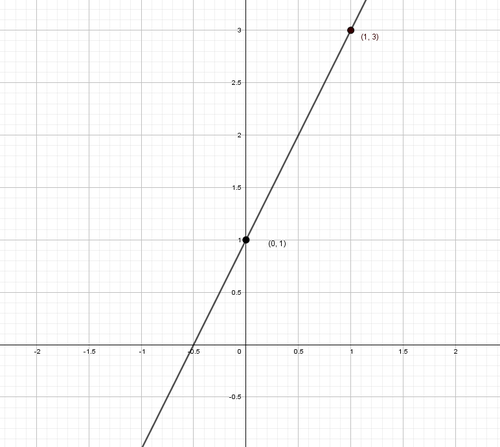 Intercepts of a Graph

Some solution points have zero as either the

-coordinate. These points are called intercepts because they are the points at which the graph intersects the

In general, to write an equation of a circle, we need to know radius

Example Given that the point

is on the circle centered at (3,4). Find the equation of a circle.

can be calculated by using

For example, find the point(s) of intersection of two equations

This page were made by Tri Phan