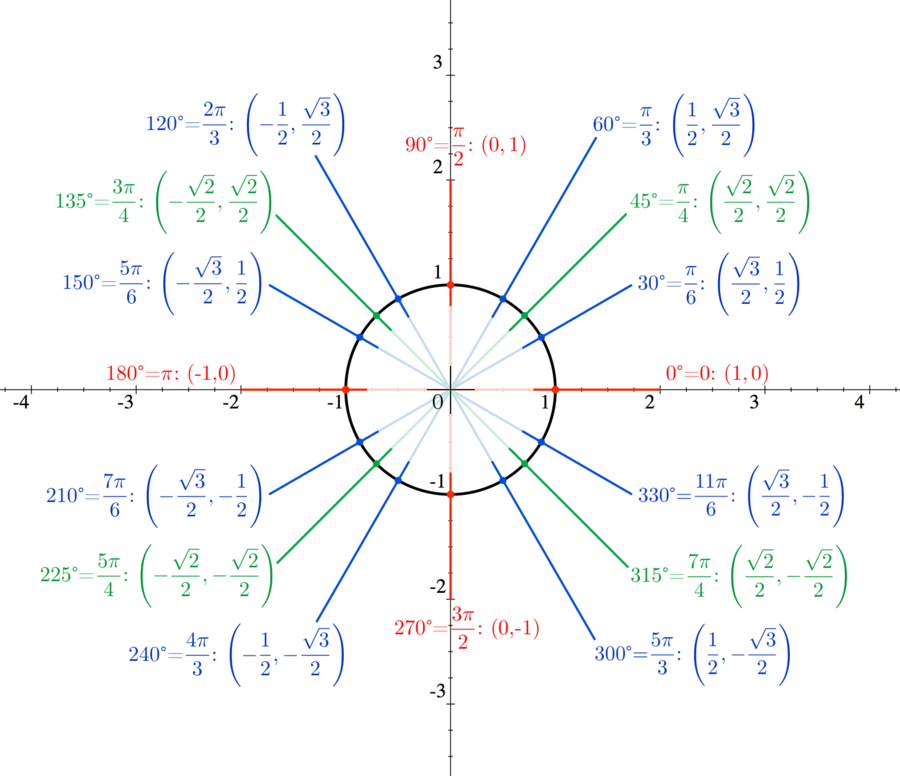 radians. Each ordered pair, such as

Also, recall that adding or subtracting the measure of a circle - either

- does NOT change the direction we are heading. As such, the angles

-axis. We may call such angles coterminal.